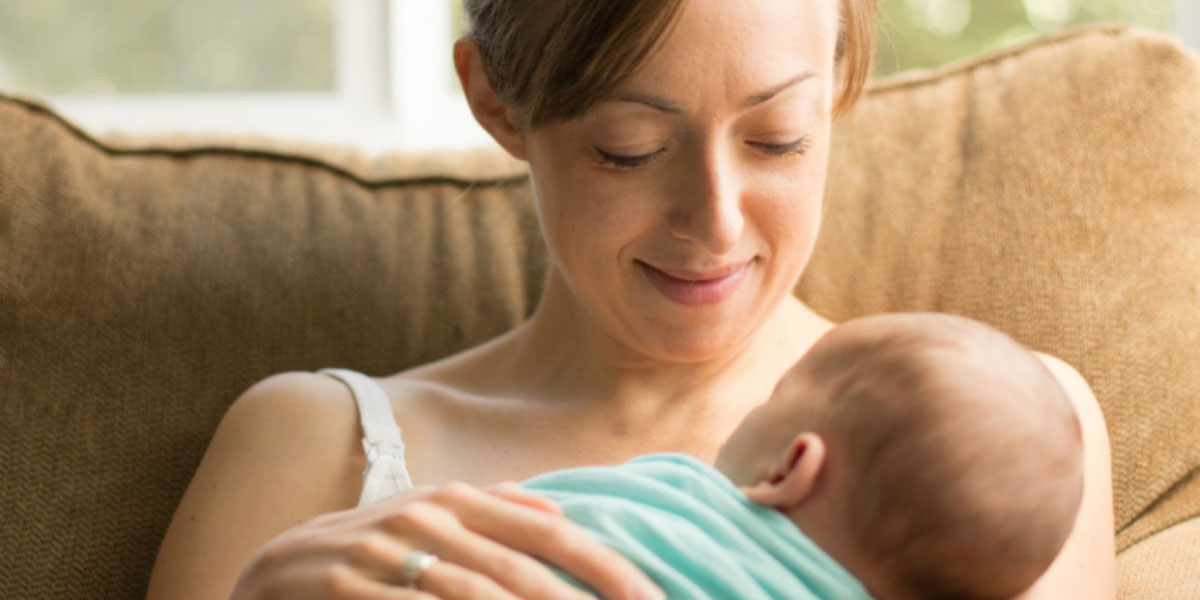 Recently, we had the opportunity to chat with Kristina, a loving mother and wife, nurse, and International Board Certified Lactation Consultant (IBCLC). Kristina opens up about her longing to be a mother, her desire to breastfeed and the adversity she has faced with adopting. Join us on this intimate journey as she candidly shares her heart including her personal commitment to provide breast milk for her adopted baby by inducing lactation.

Kristina grew up with both an adopted sister and brother, so adoption was never off her radar. She always wanted to have a family and embraced the idea of adopting but she planned on having biological children first. In 2006, she got married and began nursing school where she quickly became fascinated with lactation and pursued the gold standard of lactation care, IBCLC. She worked alongside mothers and babies in labor and delivery for several years. Her desire to have a baby of her own to breastfeed became more intense. When she was unable to get pregnant after several years, Kristina and her husband felt it was God’s plan to adopt a baby. In 2013, that thought became a reality when she connected with the biological mother of her son who was 9 weeks pregnant at the time. Kristina felt extremely fortunate and blessed to be able to meet her baby’s biological mother so early in her pregnancy. This woman was incredibly open and welcoming in allowing Kristina be part of her life.

Immediately, Kristina knew that she wanted to induce lactation and thought that she would simply start pumping several months before the baby arrived. However, after speaking to an endocrinologist 4 months before the baby’s due date, she decided to follow a protocol that includes taking birth control pills and domperidone, a medicinal drug that is proven to increase the “milk making hormone” prolactin. She was told that she should have taken both medications for about 6 months, but at that point did not have that much time. She started both medications and after 6 weeks stopped taking the birth control pills and the next day started pumping. For 8 weeks (until the birth of her son) Kristina pumped around the clock – 8 times a day every 24 hours. At first, she only saw droplets but at the end of her first week, she had collected a daily total of 2 ½ ounces! She was committed to her pumping schedule and her milk volume steadily increased. By week 3, she was pumping 3 ½ ounces per day and the day before delivery she was pumping 15 ounces per day!

Kristina and her baby’s biological mother had a tight-knit relationship the entire pregnancy. Together they attended prenatal visits and she was even asked to be at the birth. This came completely unexpected but Kristina and her husband were thrilled and immediately said yes. Kristina had always felt the time in the hospital was reserved for the baby and the birth mother. Kristina felt her baby’s birth mom needed to “say Hello to say Goodbye.” She wanted to give them privacy and space during their short hospital-stay.

The most anticipated day had finally arrived and Kristina got to witness the birth of her firstborn son. Little did she know, the birth mom would ask her if she wanted to do skin to skin! Kristina quickly said yes without any hesitation. And what do you know? While doing skin to skin, her baby latched to her breast! Kristina said it was simply magical. Her heart leaped for joy and her dreams came true at that very moment. Kristina was finally a mother and was breastfeeding her baby!

Kristina says at first the driver for her to breastfeed was to provide the superior form of infant nutrition, but eventually, the driver would become the unbreakable bond she had formed with her baby. Her breastfeeding journey continued for 2 years, even after returning to work. She exclusively breastfed her baby, never needing to supplement with formula. How amazing right?!

In 2015, she embarked on her second adoption journey and induced lactation once again. This time, the story ended with heartbreak when the biological mother wanted her baby back days after the birth (before signing the final relinquishment). This was devastating for Kristina and her family, including her son. But with immeasurable love and grace, she gave back the baby to the mother that had birthed him. She walked away from this journey once again incredibly empowered by the ability to induce and sustain lactation.

Kristina voiced several struggles she encountered as she (and the birth mother) wanted to provide her breast milk to the newborn in the hospital. With her first-born son the hospital was incredibly supportive, offering to let her use one of their in-house pumps, storing the milk in the hospital refrigerator, and rejoicing in the birth mother’s choice to have them both breastfeed the baby in the hospital. However, the second experience was quite the opposite. The hospital and staff were not supportive and did not allow Kristina to breastfeed or offer pumped milk to the baby despite the request of the birth mother (who did not herself want to breastfeed but wanted the baby to get Kristina’s breastmilk.) The hospital stated that if the birth mother did not want to breastfeed the only other option was formula, even after Kristina offered to show proof of testing and screening. She says that she would like to see more awareness brought to the topics of inducing lactation and adoptive breastfeeding. Unfortunately, the medical community is not well enough informed to develop hospital policies and practices that safeguard adopted babies’ right to breastmilk. We need to do better, we owe it to our babies!

Today, Kristina is a passionate breastfeeding advocate in Guatemala where she provides no-cost lactation care and support to breastfeeding mothers in impoverished areas throughout the region. Kristina’s dedication to the lactation community began even before the birth of her baby but her own personal journey has fueled her passion to help mothers achieve their breastfeeding goals.

Kristina’s advice for a new mom inducing lactation and adopting a baby: “Don’t focus on how much milk you are making, but go for it and see what happens. Get ready to experience an amazing connection with your little one!”

Want to join the discussion?
Feel free to contribute!